A Brief History of Curing Baldness

Throughout history, human beings have associated hair with beauty. When hair loss became a concern, we humans left no stone unturned to discover the solution to this age-old problem. From ancient Egyptians to emperor Julius Caesar, baldness was an issue that drowned them in fear of losing confidence and beauty. It is surprising to know what solutions these ancient people came up with for curing baldness.

One thing is for sure, the evolution of hair loss treatments over centuries is a remarkable one that shows how many people over the world suffer from it so if you’re losing hair, then you are not just the one.

Here are some of the most unbelievable (and gruesome) solutions of history to cure baldness. 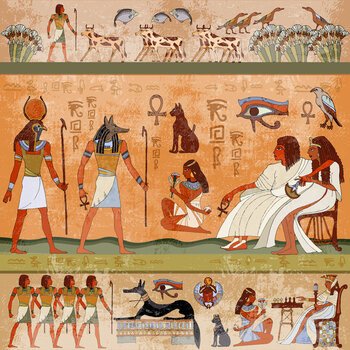 Ancient Egyptians made potions of animal fats to cure baldness.

1. Ancient Egyptians and Their Concoction of Fats

We’ve all seen movies and TV shows in which Egyptian pharaohs sport braided beards and big hair. In reality, those were just wigs and fake beards that royal family members wore to maintain their status. That’s not all. Those who suffered from loss of hair desperately looked for solutions. The medical knowledge discovered from ancient Egypt was written in Ebers Papyrus back in 1550 B.C. Egyptians mixed a concoction of ingredients like the fat of a lion, a crocodile, a snake, a hippopotamus, an ibex and a cat. The balding person would swallow the mixture and wait for the results for four days, which of course never worked but that didn’t stop them from doing it.

The great father of modern medicine, Hippocrates, suffered from hair loss that led him to attempt bizarre remedies in ancient Greece. Hippocrates believed that a mixture of pigeon droppings, horseradish, spices, beetroot and opium would be able to restore hair growth. As you might guess, it utterly failed on him and his fellows. But he did not give up. He observed the castrated men of the Persian Army at that time and concluded that castration is the cure for baldness. Not surprisingly, he did not perform the treatment on himself and it did not gain any popularity. 2400 years later, Duke University researched and concluded that Hippocrates’ cure of baldness through castration would actually work as it is high testosterone levels that largely contribute to male pattern baldness. We are absolutely not recommending this method of course.

3. The Truth Behind Caesar’s Leafy Crown

While the origin of awarding a laurel wreath to Roman victors and champions is lost in antiquity, at least one Emperor took advantage of the wreath to hide his hair loss. The Romans were as distressed by baldness as we are, and especially if you were the Emperor. You were supposed to be blessed by the gods (or at certain points in Roman history actually be one). So of course you shouldn’t be susceptible to mere mortal afflictions such as losing your hair. The most famous of all Caesars, Julius, was not immune. His mistress Cleopatra suggested that he apply a gruesome mixture of bear grease, horse teeth and ground-up mice but her experiment on Caesar had no more effect than previous concoctions.

Lacking any other means to hide his shiny pate, Caesar finally struck upon the idea of wearing his laurel wreath in public virtually all the time; a leafy crown to smartly hide his shortcoming. Clever, but wearing hats indoors is frowned upon in our society. And wearing a laurel wreath will definitely get you some odd looks. 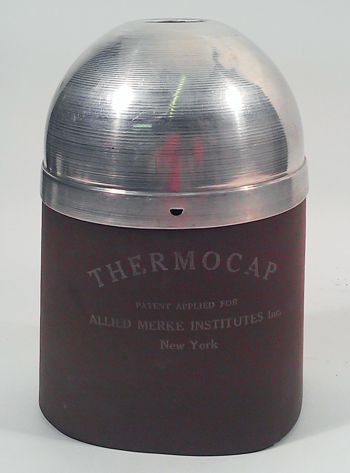 Believe or not, people actually wore this on their heads. We can only presume they refrained from wearing it in public.

The futuristic device known as the Thermocap was invented in the nineteenth century. This outlandish creation of the Allied Merke Institute claimed to cure baldness by stimulating hair growth in the scalp through electrical energy. With a combination of static, current, magnetism, vibration and heat, the Thermocap was advertised as a 15 minute per day treatment for busy men and women who were losing their hair. It was a cylindrical object that one would wear on their heads. The science behind it was that the heat and blue light from the lamp would increase blood circulation, clear up clogged-up pores, and “nourish dormant hair bulbs.” Sadly, it was a failure. Although the concept wasn’t as far off as you might think.

5. Vacuuming The Scalp for Hair Growth

In the late 1930s in the U.S., a popular inventor and industrialist named Powel Crosley Jr decided to mass-produce an unusual device known as the “X-ER-VAC”. Dr Andrew E. Cueto discovered that the mechanism of the device could be effective for alopecia treatment. Crosley, being follicly challenged himself, believed in Xervac’s effectiveness so much that he regularly used it at his house. Click here for a short but informative video on the X-ER-VAC.

The ‘science’ behind the device was that hair loss occurred due to poor circulation in the scalp. The device was widely marketed in the 30s but eventually disappeared. It was expensive (about $3,000 in today’s dollars) and well, quite frankly, it just didn’t work.

The helmet-like device operated with a combination of suction and air pressure to increase blood circulation and promote hair growth. However, the hype of this promising device soon died down despite all the ‘positive research results’ and promotional ads.

6. Other Shocking Solutions for Curing Baldness

People around the world have tried to cure alopecia with snake oil, preserved mice, cold India tea, cow urine, electrified combs and even with bull’s semen! It is also believed that performing headstands in yoga will increase hair growth. A study reported that the ingredient capsaicin present in hot sauce can cure baldness. Sadly, pouring hot sauce on your head will only result in a swollen and burning scalp. 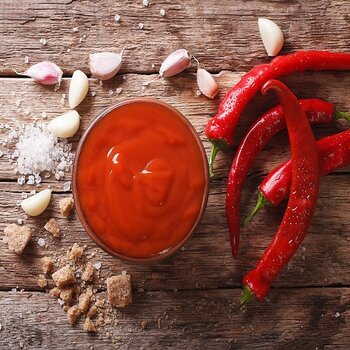 Some people believed that the ingredients in hot sauce can boost hair growth. We doubt they continued in that belief after trying it on their own scalp. Ouch!

The Discovery of Hair Transplants

The 1900’s era brought an end to crazy ancient remedies through the invention and development of hair transplant procedures.

Hair transplants were first invented by a Japanese dermatologist, Dr Shoji Okuda in the 1930s. He discovered the “punch” technique of hair extraction and transplanting to the balding areas. Later, another Japanese doctor named Dr Tamura reduced the size of the hair grafts and refined his work. Unfortunately, due to WW2 their work went unnoticed in the rest of the world.

Soon after the war ended, the process was rediscovered and found popularity in the western world through an American dermatologist named Dr Norman Orentreich. In 1952, his hair transplant surgery on a man suffering from male pattern baldness became the first successful hair restoration procedure.

In his findings, Dr Orentreich mentioned the theory of “Donor Dominance”. He figured out that the donor hair extracted from the sides and back of the scalp would grow in full length when placed in the balding region due to its genetic characteristics. He followed the technique of Dr Okuda that involved “punch grafts”. The final appearance imitated that of a “doll hair” which of course did not look natural. Despite being able to grow hair in bald spots of alopecia patients, Dr Orentreich’s treatment and the hair transplant industry received criticism for the unrealistic results.

The Modern Era and Development of Hair Transplants 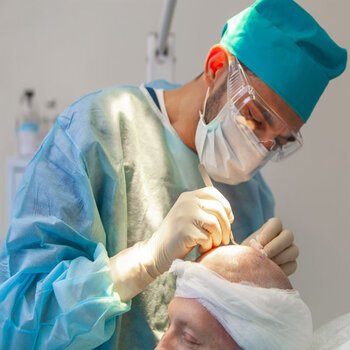 Dr Bobby Limmer operated the first FUT hair transplant treatment during the 1990s. During the Follicular Unit Transplantation (FUT), a tiny section of hair follicle attached to the skin at the back of the scalp or on the side is extracted. It is then divided into more individual hair follicle units with the aid of a stereomicroscope.

These miniature hair plugs are then relocated into the recipient site. It usually takes 2 weeks or more for healing and for the transplanted hairs to begin growing. The patient is left with natural-looking hair that grows to full length and density and blends well with the remaining hair.

Follicular Unit Extraction (FUE) is the most advanced treatment currently available and by far the most effective and natural-looking.

During the process, doctors use a micro motor in a tiny punch tool that extracts the hair follicles from the scalp. Similar to the FUT process, these individual hair follicles are also divided and then transplanted to the bald region of the scalp. FUE treatment is free from cuts or incisions and the use of anaesthesia makes it a painless experience.

The best part of the treatment is there are no scars or pain during the recovery period. The extremely natural results will hold up to close scrutiny. Even close up, no one will be able to tell the hair has been transplanted.

The Successful Solution for Curing Baldness

For initial and minimal hair loss, doctors often recommend ointments like Finasteride and Minoxidil that work to some extent but the most effective solution to curing baldness is a hair transplant using the Follicular Unit Extraction method. FUE hair transplant has become a massive success as a permanent solution to alopecia.

What does it Cost?

To get an industry-standard price for your degree of hair loss, please use our Hair Transplant Calculator. In most cases, we can beat this industry standard price.