Celebs have perfect hair, right? After all, it’s on the magazine covers. Riiiiiiiight. Celebrities are human, and just like us, they lose hair, be it from age, stress, poor diet or a host of other contributing factors. Many popular celebrities with hair loss issues work hard to hide the truth from a world that perceives them as perfect beings., but we’ve done some digging. So here’s the dirt on celebs who’ve had permanent hair restoration procedures.

With a simple google search, you will find that Male Pattern Baldness (Alopecia) is extremely common and a concern for many men. Of course if you’re a celebrity keeping your hair isn’t just vanity – it may be essential to your career.

William Shatner is a widely known Canadian celebrity who played “Captain James T. Kirk” on Star Trek – all while wearing a hairpiece. Word is that Shatner lost his hair young. This was a problem. Most of us know him from his iconic Star Trek role but Bill acted in a number of movies before the TV series, and then later revived his career and went on to other TV series. It’s proven to be a little difficult to track down exactly when Bill had hair transplant surgery but he’s confirmed that he did. 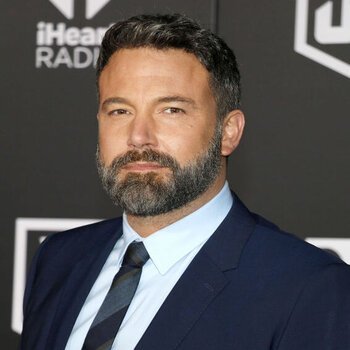 Ben Affleck seems to have aged gracefully, his hair as good as a young man. Hair transplant was his perfect solution to hair loss.

The famous actor of “The Accountant”, “Justice League”, and “Good Will Hunting” suffered from Alopecia in his 40s. Due to being a part of the media industry since a very young age, Ben Affleck’s hair loss became apparent to all. Ben’s sparse balding on the scalp was evident so he underwent hair transplantation to fix it. There just wasn’t room in the entertainment biz for a balding Batman, we guess.

Matthew McConaughey started out as a rom-com pretty boy, but his acting chops and rugged good looks soon brought bigger dramatic roles – and neither of those cast types do well with thinning hair. Perhaps he should have worked harder at his action roles – It seems to be OK if you’re Jason Statham or Bruce Willis. We know, McConaughey has such a full head of hair it’s hard to believe he was balding. Trust us. OK. Don’t. Google Matthew and add hair loss. You’ll find the before and after pics.

Sylvester Stallone has gifted us with popular and timeless movies like “Rocky” and “The Expendables”, and some of you may even know that he got his start by writing the screenplay for the original Rocky. That’s right. Sly is more than just a set of biceps. But we still can’t deny his rugged and overtly masculine appearance has contributed to his overall success. When Stallone began to experience male pattern baldness, he chose permanent hair restoration as the solution. The results are evident; natural-looking, healthy hair that makes him appear handsome even in his 70s.

Jude Law, he of the jaw so square he could cut paper with it, is fortunate enough to have one of those faces that works with a slightly receding hairline. But if you Google Jude you’ll see a progression as his hair noticeably thinned over the years, until, suddenly – thick full hair. The hairline didn’t really change so we’re pretty sure he didn’t have full hair restoration, but the theory around Hollywood is that Jude opted for PRP. Seems it worked.

Hollywood’s favorite ‘dad’, Tom Hanks is known as a gentleman throughout the entertainment industry. Gosh darn it, he’s just so likeable. Tom always had a high hairline, even in his early days but like many men his hair noticeably thinned as he aged. Now 64, until recently Tom’s hair appeared thick and full. We couldn’t find confirmation of what procedure Tom used but being the gracious fella he is word is that recently he embraced his advancing years and intentionally went bald! Always an option – provided of course you’re one of the most well-liked and respected actors in the world. Some of the rest of us might not be able to pull it off so easily.

Cage has never c0nfirmed or denied having hair transplants, but looking closely at his photos over the years it’s obvious that after noticeably thinning for many years, Nick’s hair today is definitely thicker and fuller. We have to forgive him though. If he lost his hair, we’d have to make up all new memes. 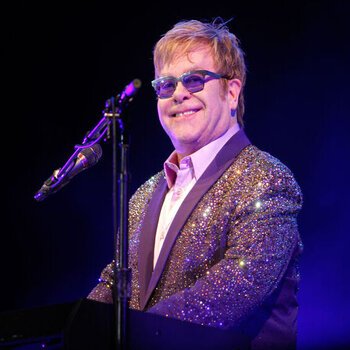 Despite having a bad experience with the old method, Elton is delighted with the results of the new FUE hair transplant.

Elton John, unlike many of the celebs on this list, has spoken openly about his struggles with hair loss and also admitted to being self-consicous about it. He says he even once took time to put his wig on before confronting burglars in his house. After years of struggling with alopecia he underwent an unsuccessful procedure which he described as ‘agonizing’. This discouraged him but he eventually went for the modern FUE method of hair restoration and succeeded this time. Well done, Sir John. We cannot help but respect your tenacity.

From being a supporting actor to stepping into the limelight, Jeremy Piven has come a long way but one thing that drastically changed about him was his hair. When he began his career, his hairline was receding, letting baldness peek through a bit. Over the years, it seems like his hair grew back on those hairlines and made him look more youthful than ever. Jeremy may not want to address his newfound hair beauty but we can assume that it’s the magic of a successful hair transplant. Now, Jeremy, about those pesky sexual misconduct allegations…

The number of women who suffer hair loss is less when compared to men. In reality, most women suffer in silence and have better props to hide it from the world. In a society where hair is recognized as a symbol of youth and beauty, most women, including celebrities, turn to hair loss solutions to have voluminous and silky hair. Female pattern baldness (androgenetic alopecia) follows similar characteristics of male pattern hair loss but the areas of hair loss usually differ.

Oprah Winfrey, undeniably one of the most successful celebrities of all time, had her fair share of hair loss problems. Shocking but true, Oprah’s popularity and lifestyle require her to maintain a flawless look which includes having voluminous tresses of hair. The regular styling, hair extensions and other hair-do’s caused her hair to fall off dramatically – producing a hair-don’t. She realized that the only permanent solution was hair transplant surgery. Today, Oprah’s hair restoration success is evident in her dense and shiny locks. The multi-talented figure took the right step to avoid further hair loss while holding onto her charisma. Even we have to admit it’s hard to believe she’s entering her late 60s. 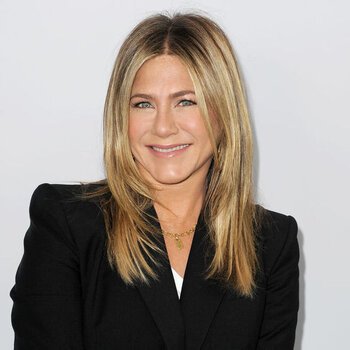 Jennifer firmly believes that her heavy use of hair extensions had caused hair damage. Hair transplant has helped her get back healthy hair.

Life can be cruel. Aniston has been widely touted as one of the most beautiful women in Hollywood. It’s hard to believe that “Rachel” had to struggle with hair problems when women all over the world idolize her. Jennifer blames the hair extensions that she had to regularly wear while shooting for the popular TV series “Friends” which caused hair loss and thinning of her hair. By comparing her before and after pictures, you may notice how naturally beautiful her hair looks now than it used to in the past. Jennifer’s decision to have a hair transplant was no doubt prompted by the pressure placed upon her to remain a beauty icon, but there’s no denying she’s aging very gracefully.

Similar to Jennifer, Fergie began to lose her beautiful tresses due to wearing excessive hair extensions for performances. As a gorgeous and talented singer and actress, Fergie had all eyes on her. The celebrity struggled with hair thinning issues and began to look for a permanent solution when hiding the hair loss became increasingly challenging. This was made all the more challenging by the paparazzi and the internet making a huge deal out of what was really minor hair loss. But being an idol to many women for her beauty and talent, Fergie took the hair loss matter seriously. She opted for hair transplant surgery. Fergie’s before and after pictures reveal a lot about her beauty secret.

Some of Our Thoughts on Hair Loss

Hair loss is an emotional challenge for many. While there’s a long list of causes for hair loss, the fallout (sorry, we couldn’t resist) can be very hard on our self-image. Taking proper care of your hair at an early age may reduce pre-mature hair loss but cannot completely prevent it for those who are genetically prone.

First, remember you are not alone or even unique. Most men, and many women, will eventually experience hair loss. Even celebrities with all their fame and wealth can’t dodge it. Sometimes changing your hairstyle is all it takes to maintain a youthful appearance for a few more years,  and that’s completely OK, but hair loss is one of those issues where taking action sooner rather than later can make a huge difference. The more hair we have to work with when you come to see us, the more full and natural your hair will look after FUE. So if you’re starting to notice a little more scalp showing, make an appointment with us for a free consultation. Your future self will thank you.